In this episode of the Hyperallergic podcast, Lanier talks about her continuing quest for justice that includes the return of the daguerreotypes depicting her enslaved ancestors.
Last year, we published a dossier of statements by leading scholars supporting the fight of Tamara Lanier to reclaim the daguerreotypes of her ancestors from the Peabody Museum at Harvard University. Lanier, who lives in Norwich, Connecticut, had long heard stories through her family about an ancestor named Papa Renty, a learned man from Africa who was enslaved and brought to the United States under inhumane conditions. Those stories about Renty were important to her family and to the memory of their heritage that they kept alive.

Then one day, Lanier discovered that there were photographs of her relative, and they were deposited at Harvard University because of a 19th-century racist academic named Louis Agassiz. Agassiz had commissioned them to "prove" his White Supremacist ideas about race and they lay in a trunk at the Peabody Museum until a researcher resurfaced them in the 1970s.

In this podcast, I speak to Lanier about the continuing fight to reclaim her family heritage by asking Harvard to accept her right to the ownership of the images. She discusses a fascinating visit to the home of descendants of the Taylor family, enslavers who claimed Lanier's ancestors as property, and some surprising discoveries she made along the way.

This is a must-hear episode, and I would highly recommend reading Valentina Di Liscia's excellent article, which was part of our special dossier, that summarizes the history of the court case and the larger fight to "Free Renty."

Lanier has also allowed us reproduce some of the photographs she took at the Taylor family home, which includes various items of furniture created by her ancestors when they were enslaved.

Related Links:
---
Subscribe to the Hyperallergic Newsletters
Become a Member 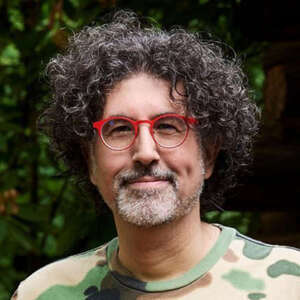