Hyperallergic’s news team gets together to go over the highlights of our coverage from the past week.

This week’s headlines were dominated by news that the Museum of Modern Art will not remove billionaire Leon Black from their board. Hyperallergic’s Jasmine Weber and Valentina Di Liscia join me to talk about it along with PEN America’s new handbook for persecuted artists, Mexico’s request that Christie’s auction house halt its sale of pre-Hispanic objects, the return of looted artifacts by the Museum of the Bible to Iraq and Egypt, and how some of the important quilters of Gee’s Bend now have Etsy shops.

The music for this episode is Darkstar’s “Jam” courtesy of Warp Records.

Photo caption: Members of the 27N Movement had gathered to read a text by Martí, an important symbol of the nation's struggle for independence from Spain (photo by Reynier Leyva Novo, courtesy of 27N Movement)

Protesters outside of MoMA in February, 2017 (photo by Hrag Vartanian/Hyperallergic) 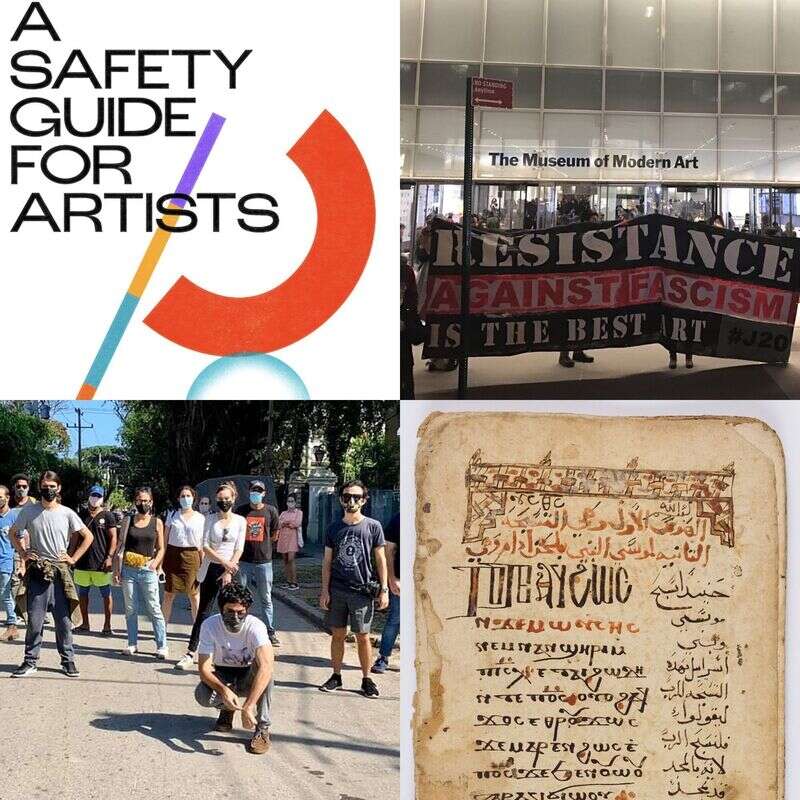